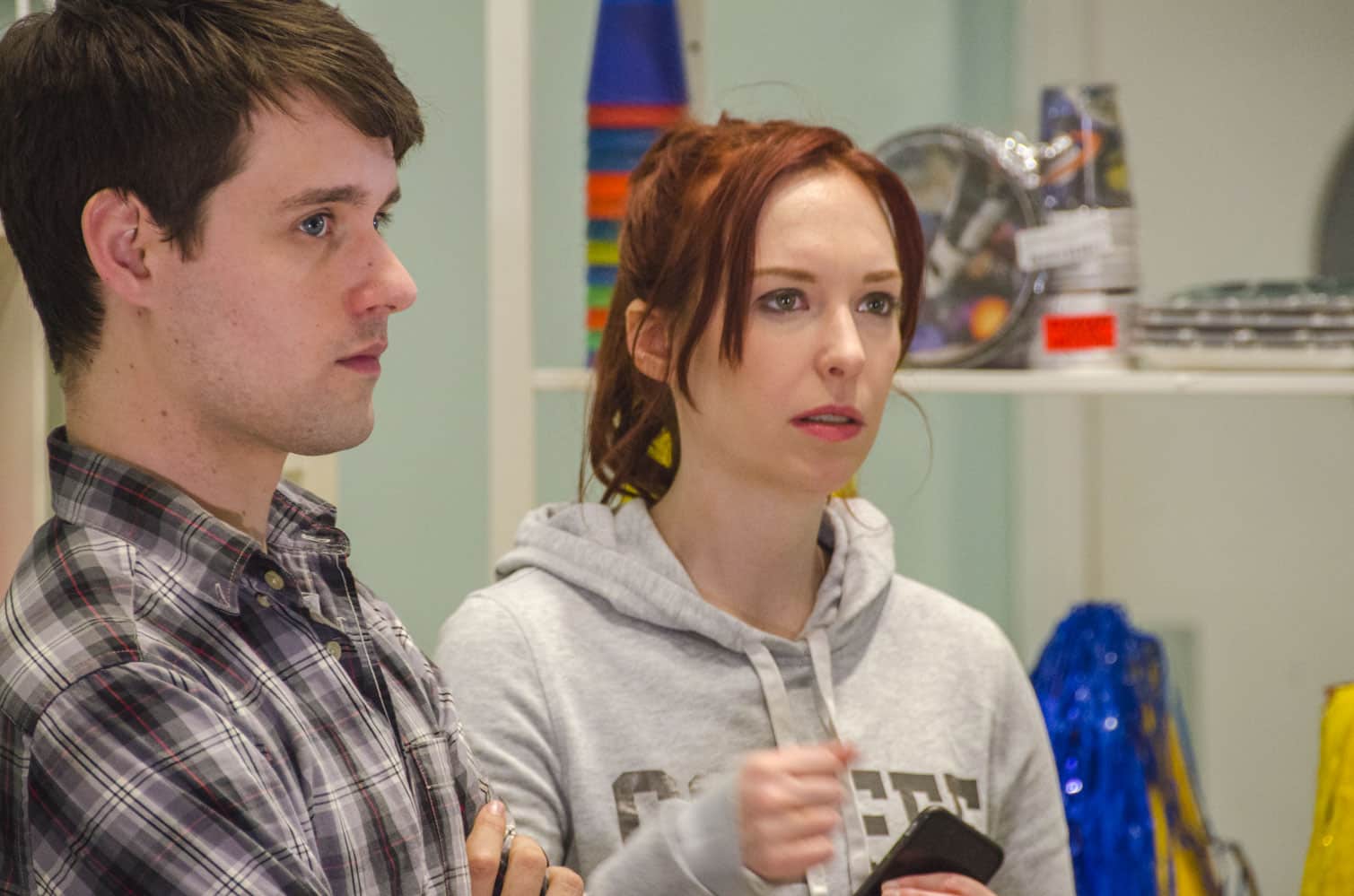 (don’t miss PART ONE of this two part series)

I suggest mapping out your major story first and then seeing where different media elements can help blow out the world. At its core, this is world building, so what elements would your characters have in their world? What adds flavor and interest to these people? How would they communicate and WHAT would they communicate?

We used transmedia to help facilitate the story by weaving it in — Ewan’s release of the book, Alice and Andrew’s many falling outs, Cara’s podcast… They were all real things that happened on the show and in our fake transmedia world.

You can also use transmedia as a B plot — give some of your supporting characters room to grow. Regan, Alice’s flighty cousin, had an entire falling out with her mom via Twitter and a whole substory that existed just online. It was fun to create but didn’t fit within our story scope, so adding that extra element to Twitter worked perfectly.

We were lucky to create Classic Alice in a heyday of transmedia: a lot of shows were doing it and it was very popular. It also lent itself neatly to vloggers, which was the style of show we took on (…it’s so cheap and fast! we shot TWO ENTIRE MOVIES with so little money). But it does seem to have died off a bit — so what happened?

There was absolutely no money in the transmedia arm of our production, which meant that we were pouring COUNTLESS hours of work into this stream with nothing to show for it. Advertisers don’t understand it (hold please for talk about the rise of influencers and paid promotions) so it goes unmonetized and when you do things for the “art of it all” and nothing else, it’s tough to keep that train going. And studios / establishment entertainment certainly doesn’t do stuff for free.

As promised: influencers and paid ads — yeah. Those might come into play more now, certainly moreso than when we ran Alice’s story. BUT. You still have to spend hours and money building up your Instagram or whatever in order to have those offers come into play. I think transmedia remains a novelty item to brands, though we did have some success for “in kind” promotions with ModCloth, Out of Print, and other clothing brands. They didn’t give us cold cash, which meant we did the transmedia stuff for free.

I’d wager that if anyone cracks that element we’ll be seeing far more Instagrams and Snapchats for characters.

This is such a huge topic, I’m sure I left stuff out. Leave me a note if you can think of anything else I should address!

One thought on “#FemaleFilmmakerFriday – Creating a Transmedia Series, Part II”

but my god, do I miss this kind of fall. https://instagr.am/p/CGvIZTkJw0D/

Very late to the party on this but I very much enjoyed THE LONG DIG @TheLongDig from @HackettKate and @StoryTom - a lot is packed into only 16 minutes and it left me wanting more. Free on Amazon Prime. https://www.amazon.com/gp/video/detail/B08DP48FD7/ref=atv_dp_share_cu_r